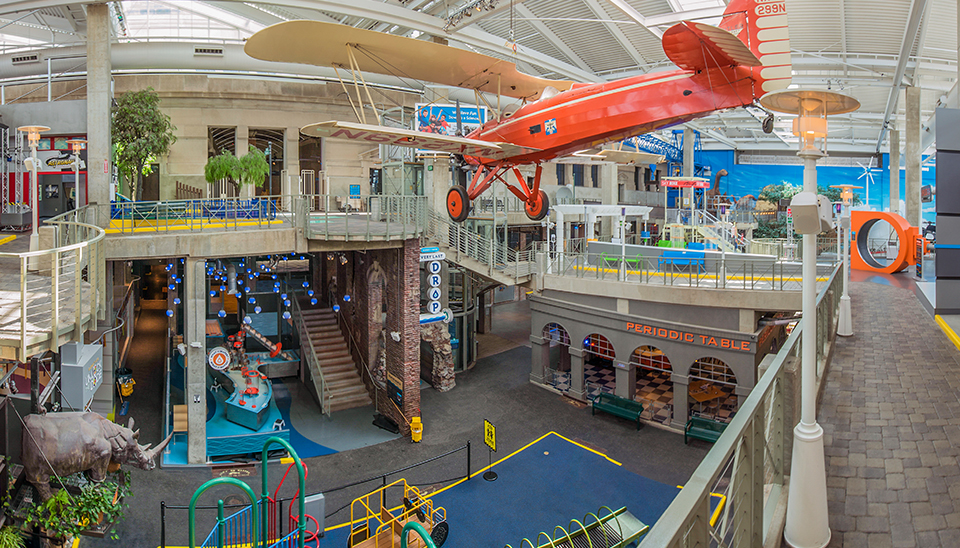 Science City will turn its attention to early childhood learning with an initial $4 million grant from the Hall Family Foundation, officials announced Tuesday.

The grant will allow the science center at Union Station to create new programming aimed at children 7 and younger by summer 2019 in 35,000 square feet. Up to now, Science City has primarily targeted children ages 5-12.

“Learning opportunities specifically designed for children play an important role for most modern science centers,” said Carole Charnow, CEO of Boston Children’s Museum, which has worked with Science City to develop the plan.

“We’ve brought to bear our own decades of experience in engaging our youngest children along with the latest research from MIT, Harvard and other leading research institutions on how infants and toddlers learn,” Charnow said. “What Kansas City is about to do, through the proven Science City platform, is exciting, vitally important and leading edge.”

Union Station will now seek to raise $3 million more to keep the new learning programs going, said George Guastello, CEO of Union Station. The aim is to use the power of play to encourage creative and critical thinking.

Science City had a rocky beginning when it opened in 1999 along with the restored Union Station. But it has benefited greatly through a partnership with Burns & McDonnell, which has sponsored three Battle of the Brains competitions to encourage interest in science, technology, engineering and math in older children and teens. A fourth competition is underway now.

In 2015 Science City was recognized with an award for visitor experience from the Association of Science-Technology Centers, an international network of science centers and museums.

To make room for the new programming for younger kids, Science City will relocate the Maker Studio and will renovate the Rail Experience, said Jerry Baber, chief operating officer at Union Station.

The Hall Family Foundation also provided $100,000 to bring in the Boston Children’s Museum, which was founded in 1913 and says it is the second oldest children’s museum in the world.

The 100 or so people who attended Tuesday’s announcement did not hear specifics about the new programming for younger children. But an executive summary describes three distinct play and learning areas.

▪ One will be aimed at the developmental needs of children from infancy through age 3.
▪ Another is described as a multisensory area for infants to 7-year-olds that focuses on the arts.
▪ The third is an immersive concept for children ages 4-7 and their adults that features “evocative contemporary designs and interactives that encourage dramatic play, exploration, observation, cooperative and collaborative problem solving and discovery.”

Coinciding with its new emphasis, Science City also has a new logo that evokes the museum’s serrated roof design set against the backdrop of the city. The logo was created by marketing agency VML, which designed the original Science City brand 18 years ago.

“Science City has earned a place of prominence that is fresh, vibrant, approachable and fun,” Cook said in a statement. “It’s all about inspiring lifelong learners — and we wanted the new branding to reflect that.”