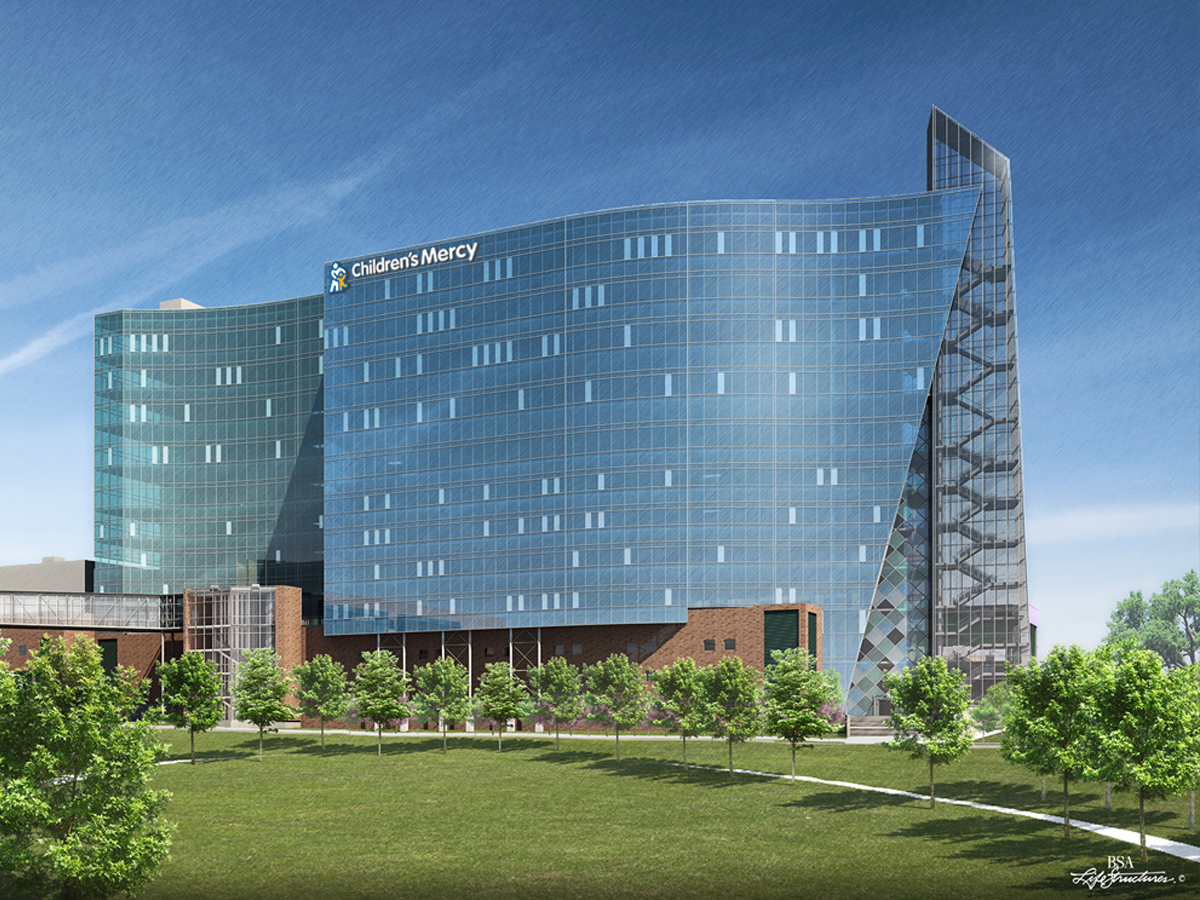 Children’s Mercy’s dreams to add a new research tower to the Kansas City skyline will become a reality thanks to a series of collaborative efforts. On Thursday, the Hall Family Foundation and the Sunderland Foundation announced a combined donation of $150 million to launch construction and recruitment for the $200 million nine-story glass tower.

“When I came to Children’s Mercy, I said we’re going to have the best children’s hospital in the world,” CEO Randall O’Donnell said. “I didn’t know how deep the state line trench was. Collaboration has been key.”

Two partnerships are at the heart of the hospital’s research efforts: the joint funding from both foundations will provide capital for the new research building, and collaboration between Children’s Mercy and the University of Kansas Medical Center will build out its research bench.

Children’s Mercy already has a strong roster of research talent between its center for pediatric genomic medicine and clinical pharmacology programs. The new tower will host a total of 3,000 employees — about 15 times its current research staff.

“We’ve got this group of such bright, talented scientists in this community,” said Dr. Michael Artman, who chairs the pediatrics departments at both KU Med and Children’s Mercy. “Now we’re at this inflection point where we’re really going to take off.”

Bill Hall, president of the Hall Family Foundation, helped bring Dr. Roy Jensen back to his home state. Jensen’s work to accelerate cancer research in the area caught the attention of Tom Curran, who joined Children’s Mercy as chief scientific officer and executive director of the Children’s Research Institute in 2016. That marked a significant milestone in the hospital’s efforts to become a national research hub.

“This is a transformational event, not only for Kansas City, but for children’s health care,” said Jensen, director of The University of Kansas Cancer Center. “It’s been in the works for quite some time.”

The Hall Family Foundation launched the philanthropic effort with an initial donation of $75 million to recruit top researchers to Children’s Mercy. The Sunderland Foundation, which stems from the founding family of Ash Grove Cement Co., made its $75 million commitment for construction of the building soon after.

“We think there’s an opportunity to make it the elite children’s hospital,” Hall said.

“When we heard about Hall’s commitment to the program, we were very excited and touched by their generosity,” Sunderland said. “All of our board members are family members. We can move quickly on the things that are important to us.”

The board discussed the donation and, soon after, told Children’s Mercy of its decision by email.

“That was probably the fastest $75 million in history,” Curran quipped. “This gift means our society, Kansas City, is now leading the world. The scale is unprecedented.”

The 375,000-square-foot structure will be divided between wet-lab space (where chemicals, drugs and biological material are tested) and dry-lab space (which uses big data to drive new discoveries). Encased in glass, the building will be transparent from wall-to-wall, with colored windows highlighting genome sequences discovered at Children’s Mercy.

BSA LifeStructures designed the tower, with lead architect Jackie Foy, and McCownGordon Construction LLC will be the general contractor. Children’s Mercy received $125.6 million in fixed-revenue bonds, to be split between the research tower and an office building it previously constructed.

Curran said the hospital’s partnerships with the Stowers Institute for Medical Research, KU Med and the University of Missouri-Kansas City allowed him to focus on translational research — bringing discoveries into the clinic for kids.

“We’re being led by children,” he said.