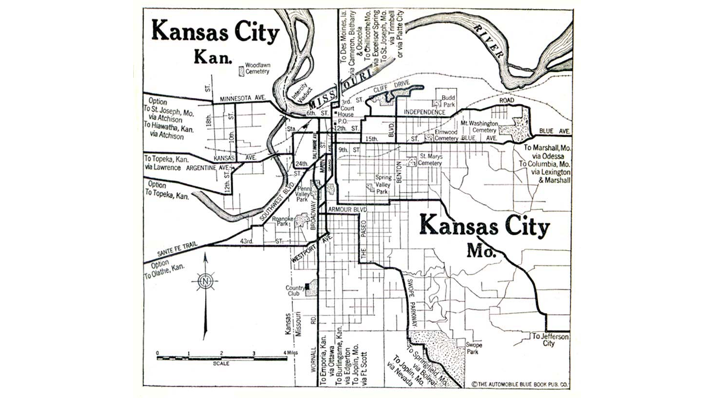 BY THE KANSAS CITY STAR EDITORIAL BOARD
If there ever was a time to finally shut down, once and for all, the senseless, useless, ridiculously costly and wasteful economic border war between Kansas and Missouri, it is now.

With two new governors in office, both of whom have demonstrated a practical style of leadership, the time to strike is at hand.

Both governors have expressed interest in ending the ongoing job-poaching, and that’s an excellent place to start. Also, talks between both governors’ chiefs of staffs are underway to arrange a joint meeting in Kansas City, potentially in the next few weeks. The main topic of the get-together would be the border war.

Assuming it comes to pass, such a meeting looms as a potential breakthrough moment.

“The governor is definitely committed to having this first meeting to find a solution to address the border war issue,” said Parson spokesman Steele Shippy. ”It’s in the best interests of the region.”

Said a Kelly spokeswoman, “Everyone agrees that it doesn’t make sense to spend millions of dollars to move businesses 2 miles across the state line, but the devil is in the details.”

Have we said how senseless, useless and ridiculously wasteful this persistent boondoggle is? One state spends millions on economic incentives to lure a company over the state line, only to see the other state counter by enticing a different company across the border by spending millions more.

It’s gone on for years, and it’s the very definition of nonsensical.

The Hall Family Foundation has been tracking each state’s border-war investments for years, and it is every bit as ugly as we’ve suggested.

The net result? The foundation determined that the $335 million spent by both states resulted in a net gain to Kansas of about 1,200 jobs.

In 2014, Missouri took the lead to end this silly skirmish with legislation prohibiting the state from poaching Kansas-side businesses. To make the deal work, Kansas had to pass similar legislation.

But there was a problem. Then-Gov. Sam Brownback, who was focused on his soon-to-be-failed tax experiment, refused to play ball, desperate as he was for any way to boost job numbers. That way, he could demonstrate the experiment was working.

That’s a start. Now, both governors should see this issue through to completion. They actually should go further and revive the practice of Kansas City-based economic “summits” in which the leaders of the two states meet annually to discuss the region’s interests. That was the practice when Matt Blunt was Missouri’s governor. In 2008, he and Kansas Gov. Kathleen Sebelius pledged to make the region a hub for medical research.

For now, we hope Govs. Kelly and Parson will make the Kansas City region a hub for common sense and end this misbegotten war. Have we said how ridiculous it is?